Former USWNT team star (2 time gold medalist, World Cup Winner) Lauren Holiday is NBA player Jrue Holiday’s wife. She is suffering from a brain tumor and is pregnant with their first child. I sincerely hope she gets better and treatment is successful. I also hope these headlines get better. She is a star who played 10 years on one of the most popular sports teams of that era. Her name should be featured on a sports site, especially espnW.

The modern American presidency is a mountain of responsibilities, impossible decisions and tough calls. A President gets into office and start making decisions that will change the country and often the world.

Every liberal president is less of a liberal than the liberal candidate they were. They have or want to do awful things that absolutely no true liberal ever on Twitter or Facebook would ever do if they were president. At times, the good bills can’t get passed, other times a bill passes and there are unintended consequences or not enough consequences, sometimes they just believe in a thing that must be done that isn’t very good because it’s what supposed sensible adults who aren’t very liberal but are very trusted tell them to do and other times they just screw up and do a liberal thing very poorly.

Whether it be President Clinton or President Sanders or President Stein or President Clean Up After President Trump, they will all end up doing something that will disappoint or hurt a lot of people. The point of a lefty in the Oval Office is a liberal president can readily be pushed or supported in their pursuit of accomplishing liberal things.

“Donors are demanding a lot these days, man, and they want answers and they want results, and a lot of them hit the panic button a lot,” said Theresa Kostrzewa, a Republican lobbyist and donor based in North Carolina, who is supporting former Gov. Jeb Bush of Florida. “This is a new day. Donors consider a contribution like, ‘Well, wait, I just invested in you. Now I need to have my say; you need to answer to me.’ ”

Full Screen. 14 inch screen. I’m not a speed reader, but htf am I supposed to read this. I can’t even look at the historical pictures of Marian Anderson.

Andrew S. Tanenbaum on intentional reduction of polls and the problems it created with voting access in AZ on Tuesday:

Judging by what happened in Arizona Tuesday, it’s working. In many areas with large minority populations, such as Maricopa County, the lines to vote were generally an hour or more, and sometimes the wait was as much as five hours. In some predominantly Latino areas, there were no polling places at all. As The Nation notes, the word “disenfranchised” was being used quite liberally.There is time enough before the general election for lawsuits to be filed; presumably the DNC is working on that already. But whether those lawsuits are resolved in time for the election, especially with an eight-person Supreme Court, is another question. It is entirely possible that a few close states, most obviously Arizona, New Mexico, and North Carolina, could end up in the Republican column due to these machinations.

When people think of the national Democratic party, state Democratic parties and groups like NAACP or Voto Latino predicting these issues and having lawsuits in the pipeline is kinda what people expect of these groups. It’s hard to vote for Democrats when they don’t do what Democrats would love.

any long form critique of the halftime show that doesn’t have the phrase “milly rock” in it is disqualified.

Her costume paid homage to Michael Jackson at the Super Bowl. The backup dancers dressed in Black Panther inspired costumes miles away from the birthplace of the Marxist civil rights era political organization. Beyonce and the her squad least subliminal formation was an “X” right at the 50 yard line. The lyrics of song of choice “Formation” has her stating her heritage as a Negro and Creole, two distinctly American heritages linked inextricably to the black diaspora. She declares her love for her man’s nose and his “Jackson 5 nostrils”. 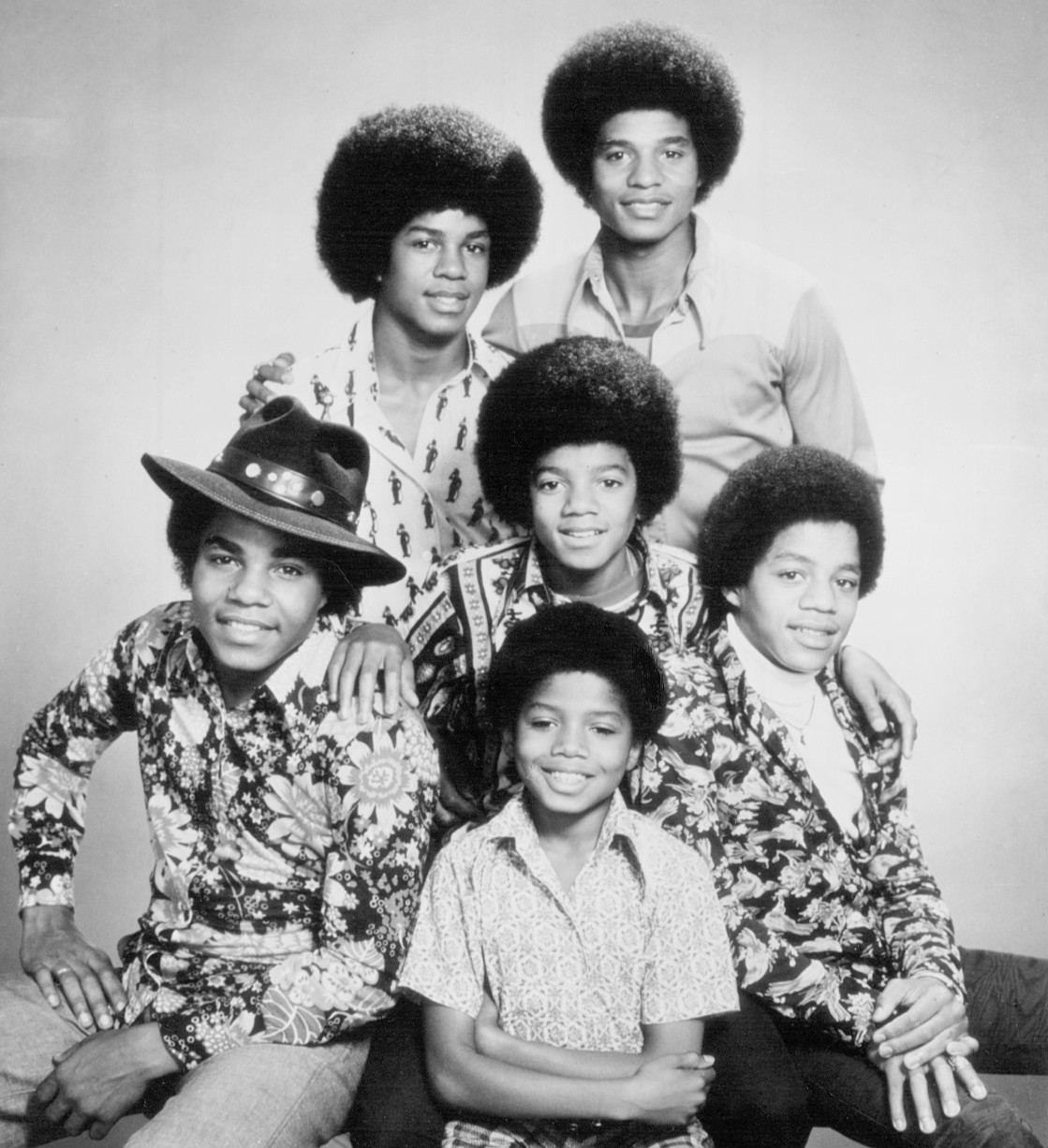 And it begins and ends with references to Katrina’s destruction of New Orleans.

This is Beyoncé publicly claiming blackness (No Dolezal). But Beyonce’s salute to the young black people was when she hit the “Milly Rock”.

The “Milly Rock” is a song and a two step that is the immediate cousin of last year’s “Shmoney Dance” by Flatbush, Brooklyn rappers Bobby Shmurda and Rowdy Rebel from the video for the single “Hot N*gga”. Beyonce and Jay Z cosigned the Shmoney Dance during their “On the Run” concert.

2 Milly is a rapper from Bedford-Stuyvesant, Brooklyn, New York. 2 Milly is a ___ of “Too Militant”, but the militant is in the lyrics. “Milly Rock on Any Block”. This is genius.

This is why these gun nuts say we should all want guns, to be able to stop the gov’t. This didn’t work too well for the Bundy Gang

FBI tactical teams had quietly moved into the refuge compound Tuesday night, entering the buildings undetected by the occupiers. They apparently were in the buildings through the day Wednesday before agents moved against the encampment.

FBI agents then moved in on Wednesday night after spotting one of the occupiers leaving the militia’s encampment in an ATV. Law enforcement approached the ATV, which then quickly returned to camp. The FBI then surrounded the occupiers’ camp in armored vehicles and set up barricades.

the right to bear arms is not and has never been an effective check on the government . It’s just a way of intimidating neighbors.

The millennials are the brainiest, best-educated generation ever. Yet their elders often stop them from reaching their full potential, argues Robert Guest

Our thirst for bigger, badder houses and of course the derivatives leveraged to the hilt against the mortgages created an almost dollar breaking crisis.

We have perfected the “never ending, over there war against an idea”. We started this as the “cold war” against “communism in countries not named USSR” now it’s the “War on terror” against “terrorism perpetuated by Muslims” which asks young people to enlist, fight and have their minds and bodies destroyed by the horrors of war.

The private stadium funded with public cash, debt and tax breaks has become the standard from the mighty NFL down to the niche MLS. Allowing billionaires to demand hundreds of millions every 15 or so years. In addition, new prisons are erected all the time and fueled by incarceration of men who drop out of extremely poor high schools our elected officials cannot seem to run correctly.

and yet..our advice to them is “Why don’t you just…?”. Anyone that says that to “kids these days” doesn’t understand what kids these days are really up against,

God’s gift to bloggers is a two letter word.

Such changes are at the heart of an expanding internal Pentagon investigation of Centcom, as Central Command is known, where analysts say that supervisors revised conclusions to mask some of the American military’s failures in training Iraqi troops and beating back the Islamic State. The analysts say supervisors were particularly eager to paint a more optimistic picture of America’s role in the conflict than was warranted.

In an elaborate photo shoot that took place at an offsite at the Cavallo Point Lodge in Marin County, north of San Francisco, she cast all the top staffers as characters from “The Wizard of Oz” and made them pose for a poster in full costume, since it was to be the theme of the upcoming employee holiday party.

The effort cost $70,000, according to many sources, and caused some level of consternation among staffers. “It was very embarrassing, but Marissa thought that it was the way to make employees in Silicon Valley happy,” said one person there. “We really could not argue.”

[Piedomont Media Research’s Josh] Lynn: I would say that from all the movies that we’ve looked at, the one actor that comes to mind is Denzel Washington. Every movie that we’ve run with his name in it has increased the score of that film as a concept by anywhere from 30 percent to 40 percent. Didn’t matter what it was.

Source: Podcast: The Guy Who Predicts Whether A Movie Will Bomb, Months Before It’s Made

Before he could even start up the blow hard machine, Ted Cruz is basically being told to STFU and GTFO by Republicans in the House and Senate. I’m of the opinion that you can’t be POTUS if you can’t lead other elected officials who already agree with you.

Source: when colleagues from your party tell you to STFU

DUSTIN RACIOPPI in NorthJersey.com (via Atrios)

In the past, record sales most often translated to record dollars back to the state for school nutrition programs, education scholarships and housing for disabled veterans, money required to be funneled to the budget by the law that created the lottery itself.

But New Jersey isn’t expecting those record sales to translate to the state budget for fiscal 2015, which ended in June, the first full year since the lottery’s sales and marketing was outsourced to a group that spent heavily on lobbying firms led by Governor Christie’s closest allies.

Email privacy is broken. Working around this broken email system is worthwhile and it’s past time. Here’s how to get started with PGP encryption.

Americans streamed a staggering 135 billion songs and music videos in the first half of 2015, nearly double this time a year ago, according to the latest data from Nielsen.

“Lies my Teacher Told Me” is a good book to start folks down the path of doubting the myths, fairy tales and fiction fed to us as history. James W. Loewen, the author of that book, reminds us of the lies in the Washington Post….

For example, South Carolina’s monument at Gettysburg, dedicated in 1963, claims to explain why the state seceded: “Abiding faith in the sacredness of states rights provided their creed here.” This tells us nothing about 1863, when abiding opposition to states’ rights provided the Palmetto State’s creed.

Source: Why do people believe myths about the Confederacy? Because our textbooks and monuments are wrong. – The Washington Post via Hunter at DailyKos

No words for this.


When Chris Matthews says: “I think younger people do not see race as an obstacle” I wonder who he met on those college tours he used to do.